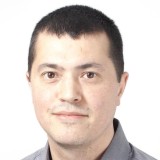 HSBC, the UK’s largest bank, is setting aside £8bn to increase its loan offerings to small and medium-sized businesses across the UK.The bank’s new SME fund will be spread across 43 areas of the country, and will include £400m for Northern powerhouse Manchester and another £400m for Birmingham, which was recently named one of the most enterprising cities in the UK.In addition to the fund, fees on qualifying business loans worth between £1,000 and £300,000 will be waived or refunded through to the end of July, with the aim of saving borrowers hundreds of pounds. The fund will be available to HSBC clients and customers who aren’t registered with the bank.Ian Stuart, HSBC’s head of UK commercial banking, said he had seen a pick-up in business applications in the past year.“We want to make it as simple as we can for businesses to take their next step and that’s why we’ve taken out fees and charges. It’s open to any business, although we’re always keen to help out firms that manufacture here, as it’s important to the UK economy.”HSBC has more than 75,000 SME customers. It said it approves around 85pc of business lending applications.London-based HSBC is one of the world’s largest companies, with a market cap of around $167.7bn. It recently reported a 4pc rise in profits to $7.1bn, beating market expectations.Stuart Gulliver, the bank’s chief executive, recently hit out at the litany of rules and taxes the bank is subject to in Britain and said that executives will review whether HSBC should move abroad by the end of the year. However, Labour’s proposal to raise the bank levy above the 0.21pc that Chancellor George Osborne increased it to during March’s Budget will no longer be going ahead after the party failed to gain power in last week’s general election.Last year, HSBC was censured by competition authorities for wrongly requiring SMEs to open a current account in order to secure loans. Regulators prohibited banks from the practice, known as “bundling”, in 2002.But the Competition and Markets Authority (CMA) said that HSBC, along with First Trust – the Northern Irish operation of Allied Irish Banks – had “breached these undertakings”.Mr Stuart said that while HSBC wanted “to help as many business customers as possible”, he reiterated that the new fund will also be available to non-customers.