Google’s “Right to be Forgotten” – Is It Internet Censoring? 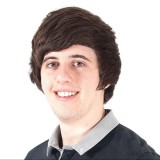 A right to be forgotten

Google has recently launched a new intitiative, which allows Europeans to ask for their data to be removed from the popular search engine’s results. The Europeans Court of Justice has ruled that individuals have the right to ask for links to “inadequate, irrelevant or no longer relevant” material to be removed from search results. However, the original source of the information will still be available.

To exercise this right, Google have asked that individuals fill out an application form, which they will evaluate and make a decision on. The decision hinges on the “privacy rights of the individual against the publics’ right to know and distribute information”. According to the BBC, more than half of the requests from the UK so far have came from convicted criminals.

Is it a good thing?

This ruling has the potential to cause controversy. For the less interesting cases, this should not be a problem. If somebody wants some information removing from search results that’s relatively harmless then that’s reasonable. However, the criminals mentioned above are doing the same thing and personally, I find this unsettling. It also means that we’re accepting censorship, which in the grand scheme of things is a slippery slope to start sliding down. It opens the door for courts and governments being able to choose what we’re able to see and that goes against all of the things that make the internet free. The internet isn’t perfect and I’m sure this is being pushed with the best intentions, but best intentions don’t always turn out to be the best actions.

While the impact of this ruling might be relatively small for the time being, it raises some very important questions. For example, how do Google employees decide whether or not a specific case is in the publics’ interest? Or how do Google even define what is and isn’t in the publics’ interest? The lack of transparency with regards to this is somewhat alarming. It’s also incredibly worrying that a few of the requests involve “a politician with a murky past” and “a man who had attempted to murder his family and wanted to remove links about his crime”.  I would hope that Google deny these requests. People should know exactly who they’re voting for and they have a right to know if they’re living next door to a man capable of inhuman acts. It would set a dangerous precedent if we’re only allowed to see what “they” want us to see. Transparency is key in todays world, and this ruling only serves to muddy the water further.